Stand-alone Novella:  Susannah Granger, now into her third Season with no betrothal in sight, is becoming resigned to the idea of spinsterhood. But a chance meeting with a dashing highwayman on the way to Longley Manor and a passionate kiss makes her think twice.  Christopher Edward Longley, the fifth Earl of Longley, has been immersed in bringing order and profit back to his family's estate. He has no time for women and the haute ton. But a fiery young woman rides into his life, literally, and nothing will ever be the same again -- not until his passion persuades her that she is his! 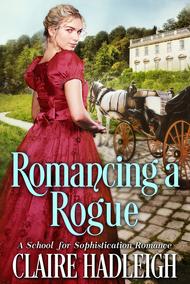 Book #1 in the Merry Widow series

The Duke of Huntington, handsome, wealthy and a confirmed bachelor, requires peace and quiet for the holidays at his ancestral estate, but his sister and her friends are tired of peace and quiet. They're desperate for the festivities of the Christmas season!  How can they prevail against the Duke's demands?  One simple ingredient: they have a secret weapon and aren't afraid to use her -- the beautiful Meredith Lambert, his childhood friend.  Can she win him over to their plans? But, more important, can she hold off his amorous seductions? Join the fun as Huntington Ridge is invaded by passionate women, a dashing Major and a lovelorn vicar -- and a snowstorm like no one has seen in years! 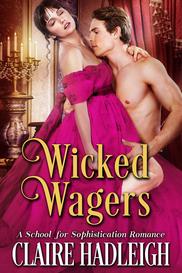 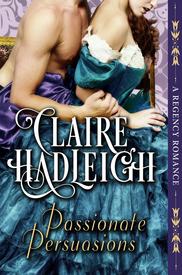 Book #3 in The Merry Widow series

Lady Felicity Drummond had fallen in love with Chandler Rhys the moment she'd laid eyes on him the previous summer. But that didn't mean she'd make a fool of herself, especially after he'd ridden off on another expedition, leaving her with just a kiss, a note and a bouquet of wildflowers.  Chandler Rhys suspected that his feelings for the beautiful widow went deeper than just a passing fancy. But she was so intimidating.  But life has a way of turning things on its head, and a freak accident leaves the two reluctant lovers captive for the Christmas holidays, surrounded by crazy relatives, a passel of waifs and strays, not to mention two voracious wolfhounds! 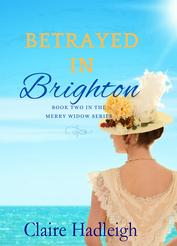 Book #3 in The School of Sophistication series.

Lady Catherine Wesley has a problem . . .
She's just turned six-and-twenty, is still of pristine virtue, intelligent and generous in her charitable works. She is also tired of being a drab, a stumble bum and generally ignored by men of all ages. But she is seriously in lust -- if not love -- with tall, rugged and handsome Marcus Burton, a man with a checkered past, recently returned from India and her brother, the Earl of Lynnbrooke's business partner.

But Lady Catherine has a solution . . .
There's only one way to proceed -- to hire the intrepid duo of Lady Caro and the dowager Lady Rutherford to school her in sophisticated, seductive ways to entice and woo Marcus Burton while her overly-protective brother is away on his honeymoon . . . and the clock is ticking!Type your paragraph here. 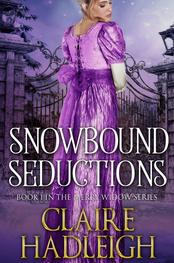 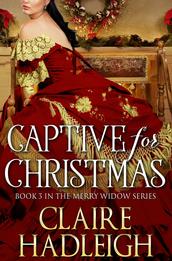 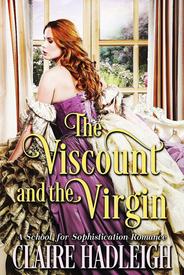 Book #1 in The School for Sophistication series.  Commodore Gabriel Montford is forced to resign his commission, thanks to his idiot brothers' early deaths, now making him the tenth Viscount, a title he does not want and an inheritance he cannot afford. Abigail Prescott, an impoverished spinster from Boston, has come to live with her last relation on earth.  All she has is her pride, her lace-making talents and the knowledge that she'll remain a spinster all her life.  But if Lady Caro Ashford has anything to do with turning the unassuming American into a sophisticated beauty . . . well then, the viscount had better re-think his plans! 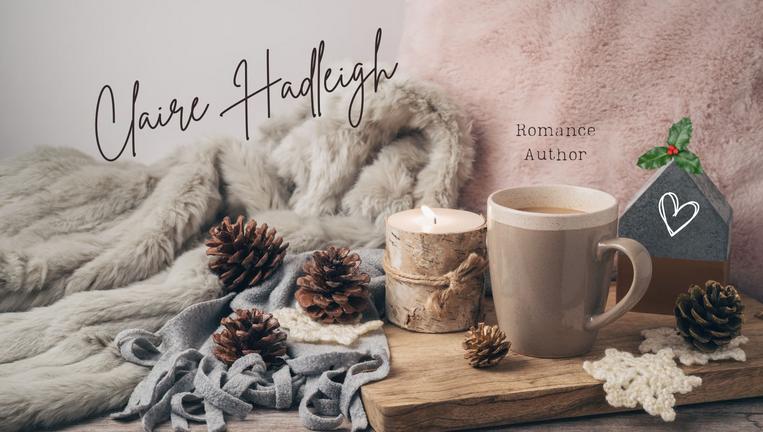 Book #2 in The School of Sophistication series.  After three failed seasons, Julia Montford is finally seeing her freedom on the horizon, despite the Viscount Montford's insistence that she find a husband. No amount of stolen kisses in London gardens has convinced her that she's found the magic of love -- not until she wagers against her childhood friend, Benjamin Burton,  an experienced British cavalry captain with deep blue eyes and a pair of lips that sends her plans toppling over like a pile of syllabub.  But when caught in an embrace, parson's mousetrap threatens, forcing Julia and Ben into a false courtship. Well, maybe false in Julia's eyes, but Ben has other plans that involve wooing and wedding Julia with the help of the intrepid duo, Lady Caro and the Dowager Rutherford.

Book #2 in The Merry Widow series

Book Two features the fiery widow, Lady Alexandra Chase, and Major Fergus Pendleton readers met in Book One. Sent behind enemy lines to track down a traitor, Pendleton disappears just before the Battle of Waterloo.  A year later, Lady Alexandra still waits for his return -- if he's alive.   After imprisonment and torture, Pendleton returns to England, still undercover, anxious to reach Alexandra. But now he's a hunted man, the traitor still at large and intent on destroying Pendleton. Will they ever be together again? But, more important, will Alexandra and Pendleton survive long enough to find out?